In Service to America

Why did the military use herbicides?
Herbicides were developed to be deployed in enemy areas to deny cover and concealment to the enemy. In dense terrain particularly, the use of herbicides to destroy covering vegetation was to protect American and allied troops from ambush or other undetected movement of the enemy.

Prior to it’s introduction for use in Vietnam, was Agent Orange used in the United States?
Yes. During the testing phase of Agent Orange, use tests were carried out at Fort Detrick, Maryland, Eglin Air Force Base in Florida, and Camp Drum in New York. Other testing was also conducted in Thailand in the early 1960’s.

Why was the product called Agent Orange?
The name signifies orange identifying bands that were used on the fifty-five gallon drums the product was shipped in. Other herbicides were also used in Vietnam, and were known by color coded names too, such Agent White, Agent Blue, Agent Purple, Agent Pink and Agent Green were also used.

Who were the manufacturers who produced Agent Orange for the military?
Dow, Monsanto, Diamond Shamrock Corporation, Hercules Inc., Uniroyal Inc., T-H Agricultural & Nutrition Company, and Thompson Chemicals Corporation. These companies were subjects of a class action lawsuit filed originally in 1979 and settled out of court in 1987 for $180 million. The official name of the lawsuit was Multidistrict litigation 381 (MDL 381), and was designated In re Agent Orange Product Liability Litigation.

Can I sue the government or the chemical companies?
No. Title 38 of the United States Code prohibits veterans from suing the government for injuries suffered while in the military. A class action suit was filed in behalf of veterans in 1979 against the chemical companies and settled out of court. The final funds in this legal action were distributed by 1992. Additional attempts to sue the manufacturers have been attempted, and have been prohibited by the courts. The most strongly fought of these legal battles, Ivy vs. Diamond Shamrock was supported in behalf of the plaintiff by attorney generals in all fifty states, the Supreme Court, however, refused to hear the arguments and that case ended in 1992. In the parlance of the court, the issue is “res judicata” or “the matter is settled”.

We would encourage any veteran with in-country Vietnam service and diagnosed diabetes mellitus to contact his or her local VA office for information and assistance on applying for benefits, or you may apply on-line.

These may be viewed on the Web at http://www.publichealth.va.gov/exposures/agentorange/conditions

Birth defects are abnormalities present at birth that result in mental or physical disabilities. VA recognizes a wide range of birth defects as associated with women Veterans’ service in Vietnam. These diseases are not tied to herbicides, including Agent Orange, or dioxin exposure, but rather to the birth mother’s service in Vietnam.

Covered birth defects include, but are not limited to, the following conditions: 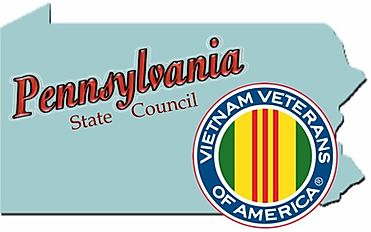